Rio is amazing ! From what we have seen so far, the venues look great, the locations are stunning, and now we are on the medal table courtesy of fantastic swims from Adam Peaty and Jazz Carlin, swimming team GB can relax a little.

We’ve been settling into our hotel at Barra in the south west of the city which is just about 20 minutes from the aquatics arena.  Unfortunately, that means we are over an hour away from Copacabana beach!! Well, we are here to work after all.  But, along with fellow members of the BBC broadcast team, Sharon Davies and Mark Foster I took the opportunity of our final day before the Opening Ceremony to do the sightseeing bit.  We did visit Copacabana (you have to don’t you?), and Ipanema beach - remember the famous Brazilian song ‘Girl from Ipanema’? Well, there were lots of them parading !

We didn’t go up to the Christ the Redeemer statue, but from the beaches it looks just as imposing as you would imagine - and I am sure will feature in many, many of the television shots you will be seeing over the course of the Games.

Speaking of TV, I joined an illustrious panel of British Olympians for the main BBC 1 preview show on Friday night. Sir Chris Hoy and Sir Steve Redgrave were also in the beachside studio as we discussed all our medal hopes with Clare Balding.

Then it was off to the Opening Ceremony which, unusually, which was not held in the new Olympic Stadium, but in the old, famous football stadium Maracanã. I know there’s been a lot of comment and speculation about how it could possibly rival the ceremonies in Beijing and London but, for me, it’s all about capturing the spirit of the host nation and Brazil certainly did that - as well as passing on a strong message to the world about respecting and protecting our environment.

There's lots more to come - and I am sure some more medals. We're looking out for James Guy in the 200 metres freestyle tonight. Hopefully, Adam's record and medal will add that little inspiration. 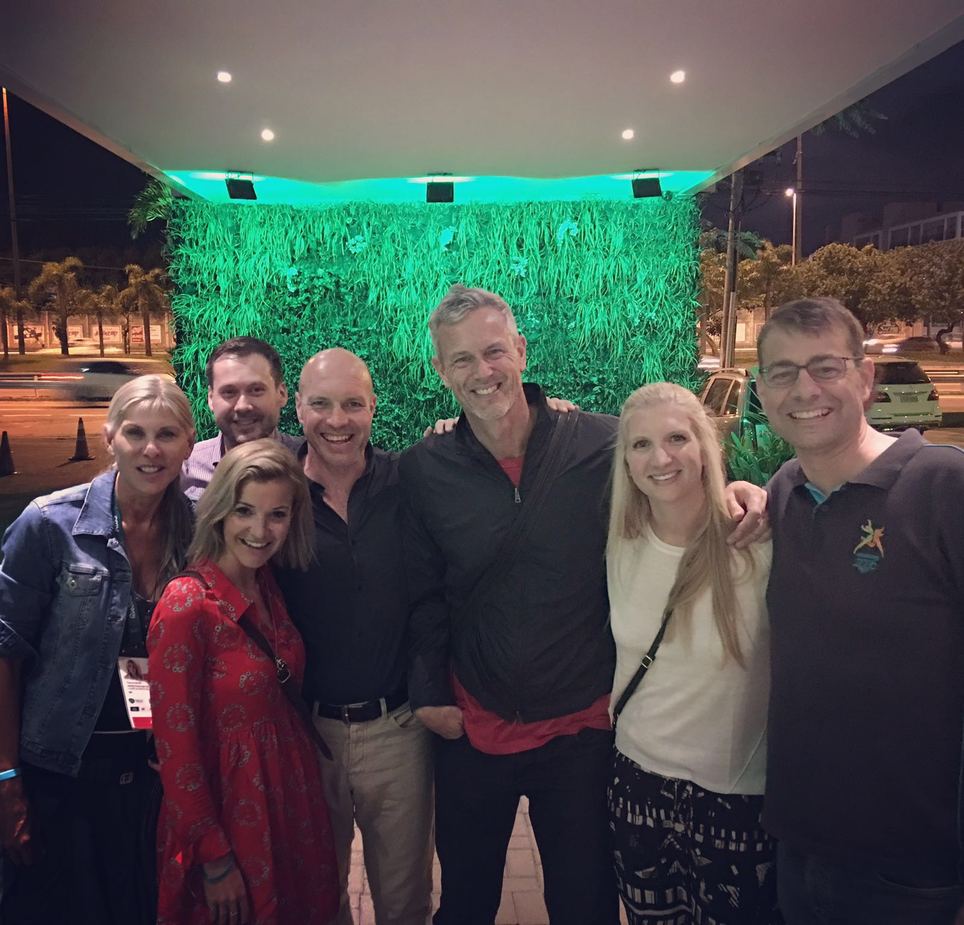